A Month Without Sugar - The New York Times

A Month Without Sugar


It is in chicken stock, sliced cheese, bacon and smoked salmon, in mustard and salad dressing, in crackers and nearly every single brand of sandwich bread. It is all around us — in obvious ways and hidden ones — and it is utterly delicious.

It’s sugar, in its many forms: powdered sugar, honey, corn syrup, you name it. The kind you eat matters less than people once thought, scientific research suggests, and the amount matters much more. Our national sugar habit is the driving force behind the diabetes and obesity epidemics and may be a contributing factor to cancer and Alzheimer’s.

Like me, you’ve probably just finished a couple of weeks in which you have eaten a whole lot of tasty sugar. Don’t feel too guilty about it. But if you feel a little guilty about it, I’d like to make a suggestion.

Choose a month this year — a full 30 days, starting now or later — and commit to eating no added sweeteners. Go cold turkey, for one month.

I have done so in each of the last two years, and it has led to permanent changes in my eating habits. It wasn’t easy, but it was worth it. It reset my sugar-addled taste buds and opened my eyes to the many products that needlessly contain sugar. I now know which brands of chicken stock, bacon, smoked salmon, mustard and hot sauce contain added sugar and which donot.

I know that Triscuits and pita bread are our friends. They have only a few ingredients, and no sugar. Wheat Thins and most packaged sandwich breads, on the other hand, have an ingredient list that evokes high school chemistry class, including added sugars.
How Much Sugar Can You Avoid Today?

See if you can stay under a healthy limit. 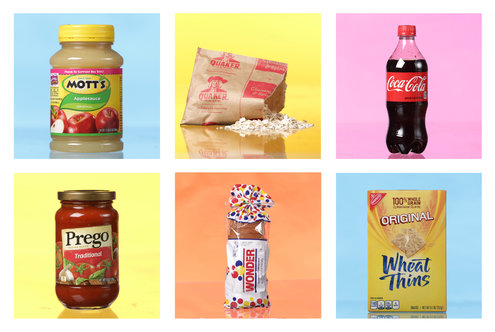 If you give up sugar for a month, you’ll become part of a growing anti-sugar movement. Research increasingly indicates that an overabundance of simple carbohydrates, and sugar in particular, is the No. 1 problem in modern diets. An aggressive, well-financed campaign by the sugar industry masked this reality for years. Big Sugar instead placed the blame on fats — which seem, after all, as if they should cause obesity.

But fats tend to have more nutritional value than sugar, and sugar is far easier to overeat. Put it this way: Would you find it easier to eat two steaks or two pieces of cake?

Fortunately, the growing understanding of sugar’s dangers has led to a backlash, both in politics and in our diets. Taxes on sweetened drinks — and soda is probably the most efficient delivery system for sugar — have recently passed in Chicago, Philadelphia, Oakland, San Francisco and Boulder, Colo. Mexico and France now have one as well, and Ireland and Britain soon will.

Even before the taxes, Americans were cutting back on sugar. Since 1999, per capita consumption of added sweeteners has fallen about 14 percent, according to the Agriculture Department.

Yet it needs to drop a lot more — another 40 percent or so — to return to a healthy level. “Most public authorities think everybody would be healthier eating less sugar,” says Marion Nestle of N.Y.U. “There is tons of evidence.”

A good long-term limit for most adults is no more than 50 grams (or about 12 teaspoons) of added sugars per day, and closer to 25 is healthier. A single 16-ounce bottle of Coke has 52 grams.

You don’t have to cut out sugar for a month to eat less of it, of course. But it can be difficult to reduce your consumption in scattered little ways. You can usually find an excuse to say yes to the plate of cookies at a friend’s house or the candy jar during a meeting. Eliminating added sugar gives you a new baseline and forces you to make changes. Once you do, you’ll probably decide to keep some of your new habits...
Posted by Unknown